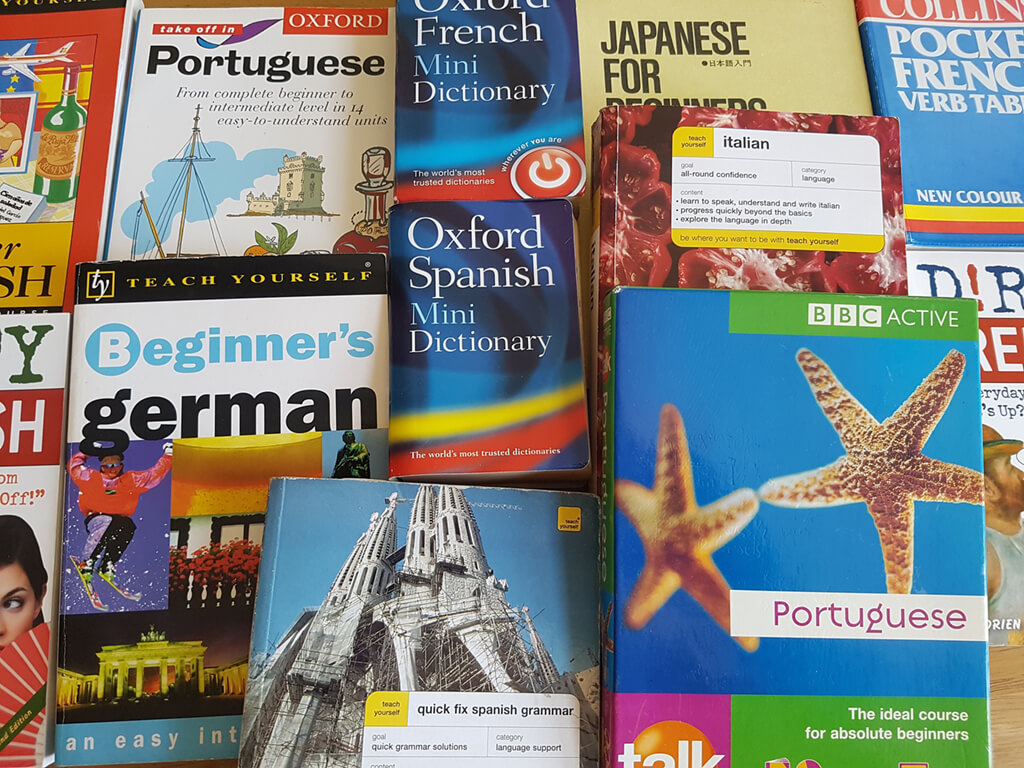 There are far more than 9 benefits of language learning, but life is busy and Google likes listicles. Here are 9 areas of your life that will benefit from learning languages, just to wet your whistle.

DISCLAIMER: This page contains affiliate links to products or services I appreciate and use. Purchases made through these links help keep Travel with TMc alive. Thank you for your support!

The opportunity to expand social networks may be one of the most rewarding reasons to learn other languages. The amount of people you will be able to meet, both at home and around the world, will exponentially increase for the simple reason that you have more words with which to communicate. Speaking other languages, whether fluidly or in bits and pieces, gifts you the truly magical ability to connect. And yes, you can connect with a smile or friendly wave, but sharing words bridges lives unlike any other form of communication.

Teaches You to Think

Learning other languages teaches you to think. Out of necessity, you will begin to chose your words carefully – and not just for fear of sounding silly. For example, Spanish students need to decide whether to use “ser” or “estar” in different scenarios in order to convey English’s singular “to be”. It is one thing to be bored, and another altogether to be boring!

Throughout the language learning process, you naturally begin to speak with more care and thought. What are the ideas and emotions you hope someone will understand? Sometimes these messages are subtle, and other times overt. Do you wish to address the other person as a friend or with deference due to age or social status? In some French-speaking regions, speakers use the pronouns “vous” and “tu” as linguistic displays of respect.

To open the doors of the world and simultaneously improve your job possibilities, learn another language. Yes, even if you’re an English speaker it is still advantageous to be multilingual in the global workforce! Despite English occupying the current role of lingua franca, the most important component of any business is building relationships. Any successful relationship is built on a healthy foundation of give and take – and that includes learning the languages of those with whom you do business.

Additionally, knowing other languages can secure you a better paying job, decrease your competition, or elevate your position quicker than your monolingual colleagues. This is true for both entry-level positions and management roles. It is possible that these situations are uniquely North American, as most of the rest of the world is multilingual. Knowing other languages, or being willing to learn them, may also provide you travel opportunities. Who doesn’t like to get paid to travel or learn a new skill?

Adds “Detective” to Your Resumé

When I started paying attention in French class, really really paying attention, my mind was blown. To clarify, when I say “paying attention” I mean looking AT words and seeing connections I had previously missed. For example, in Canada we spell “centre” the British way, which differs from the American “center”. Familiarity with the geography, politics, and history between the British and French, or the Americans and Mexicans, quickly helps to connect the dots.

No language is a separate entity – they all mix and mingle. English is no exception with a plethora of borrowed words, such as “bouquet” (French), “lemon” (Arabic), “kindergarten” (German), “gung ho” (Chinese). All languages are beautiful lovable mutts – the fun is in figuring out what they’re a mix of and why!

Enhances Understanding in Your First Language

How does learning another language enhance your understanding of your mother tongue? If you’re a single-language user, it is safe to say you use your language on autopilot (unless you have a job relying on your impeccable language use). Introducing other languages into the mix gently forces you to consider your own language in a different light.

You may start questioning the use of familiar words and phrases that previously never received a second thought. For example, why do English-speaking Canadians say something is “cut and dry”? (Curious? Go here.) Why do Anglophone Canadians say they’re “under the weather” when they’re sick? What’s the difference between a knapsack and a backpack? The list goes on!

Accelerates Your Study in Other Fields

I get so excited dispelling myths about language and learning when working with students. As a student I believed I was lousy at math and awesome at languages. I failed to realize that math is also a language with it’s own alphabet (numbers), grammar and syntax. For example, it is true that “1 + 1 = 2”, just as it is true that “Big bears hunt little fish.”. Each of these sentences are comprehensible when their symbols are in the prescribed spots.

However, using the same symbols in different places does not provide the same meaning. “=21+1” means something completely different from the first math sentence, just as “fish big. little Hunt bears” is indecipherable in English. In fact, a large number of students’ “math” issues stems from poor reading comprehension.

What about science? Who remembers plodding through lists of scientific terms they had to memorize for a test, only to forget them as soon as the test was handed in? Memorization does not equate to understanding, nor does it equate to information retention. What if I told you you could understand science (better) without being an expert in the field?

Exhibit A: What is an “ecosystem”? If you think this is too easy, bear with me. Let’s say you’ve never heard the term before. The easiest route to gain understanding would be to break down this word into smaller pieces – “eco” and “system”. The term “system” means a series of parts working together. The term “eco” might remind you of the environment, ecology, or ecotourism. Put the two puzzle pieces together and you understand “ecosystem” to mean a series of parts in the environment that work together. According to the Cambridge dictionary, “ecosystem” means “all the living things in an area and the way they affect each other and the environment”. Not bad!

In today’s global world, people are moving, travelling, and passing through foreign countries more frequently than ever before. It is only natural then that we will interact with people from faraway places, even in our own backyards. Oddly, there has been an increase in hateful rhetoric spreading across the globe. I say “oddly”, because in all of my travels I have consistently met the kindest of humans.

By sharing a language, people are able to share their thoughts, dreams, hopes, and fears. Instagram is an excellent example of how language allows for empathy to grow. Despite being a visual platform, Instagram has evolved to include, and even at times focus on, written and spoken stories. More and more people are bridging gaps, building human connection, and developing greater understanding of the world through storytelling on these platforms.

A perfect example of how your creativity increases with the use of multiple languages, is how you respond to not remembering or knowing a word. For example, let’s say you want to say the word for “dog” in another language but can’t (yet). Instead of worrying about not knowing that particular word, challenge yourself to describe it instead. Of course, descriptions will differ from one part of the world to another (ie. Canadians might say, “pet, family, cuddly, fun” etc…, whereas Kenyans living in rural areas might say, “guard animal, protector”). This method of describing something you don’t have a word for, also known as word association, has even been gamify’d with board games like Taboo & Codenames. These are two of my favourite gamess to play with students, friends, and family.

The number one way to understand someone’s perspective is to listen to them. It’s all well and good to read newspaper articles, National Geographic magazines, and travel blogs, but the best way to learn is to get information from the source. By sharing a common language, you give someone else the opportunity to share their perspective and you give yourself the opportunity to learn from them. There is nothing wrong with reading the news, magazine articles, or blog pieces. However, our information sources are often written from similar perspectives to our own and do not tell all the sides of a story. Sharing a conversation with someone has to be one of the most satisfying travel experiences because you can hear someone’s story directly from them. If you want to learn about daily life, exciting festivals, mourning rituals, or any other aspect of another culture, have a conversation with someone who is a part of it. Better yet, move there, live among the people, and have several conversations with several different people!

And We’re Just Getting Warmed Up 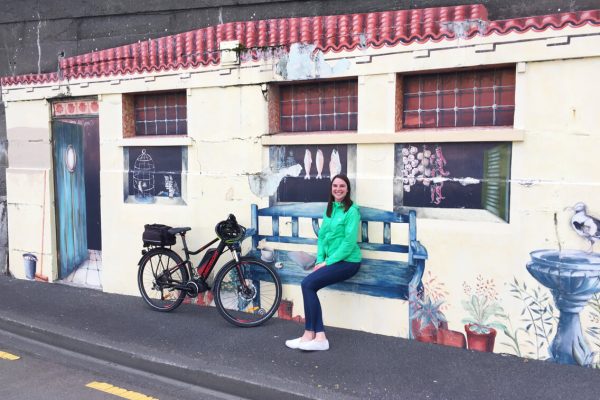 Wandering Wellington with Switched on Bikes 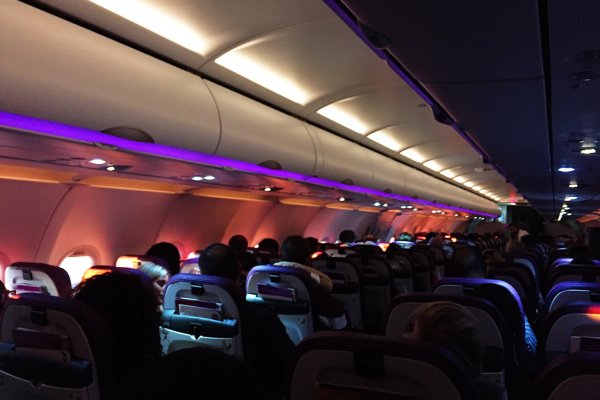 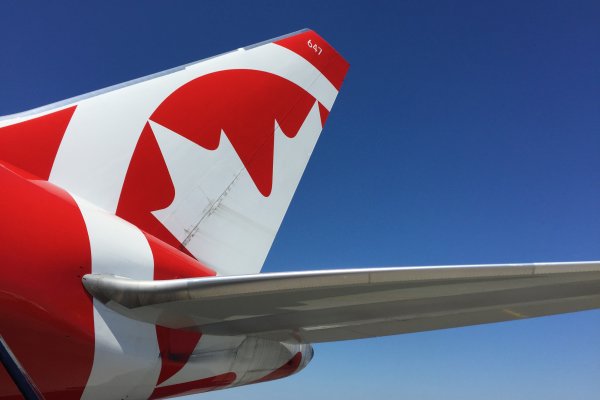